Finding Thomas - a book of near death experience

I researched this book called Finding Thomas and made a number of discoveries about life after death that jolted me. 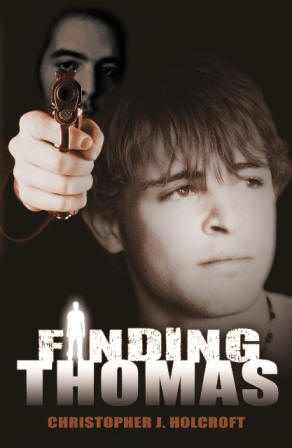 During my formative years I was taught in religious studies about God and heaven. It all made sense, but is it real?

I started researching Finding Thomas in 2009 and organised to see a number of different Mediums. In between, my two brothers died eight weeks apart. When I visited the Mediums I was told exactly how one of my brothers died - long before the Police report came into my hands to confirm what I was told. The other brother was said to be 'in the healing halls'.

The story in my book is fiction, but I interviewed a number of people who all had similar experiences after they suffered accidents and 'died' but returned to Earth to complete their lives. All related similar tales of leaving their bodies, meeting loved ones in heaven who had died some time before and feeling as if they were in a place of purest love.

Finding Thomas was written to exemplify people who have suffered near death experiences and have found themselves changed in some ways.

The book also discusses Spirit Guides and how the main character in my book, Kit Green, found his. On my first visit to a Medium called Janet I was told we usually meet our Spirit Guides when we are born and when we die. On my follow-up visit I asked Janet  again who was my Spirit Guide only to be told a particular name. Janet said my Spirit Guide was a former Englishman who later became an American Indian. I researched his name and found some startling links. He was a famous animal lover - I love animals too. One of his wives had the same name as my mother and one his daughters had the same name as my wife. His Indian name is similar to what is on my family's coat of arms. 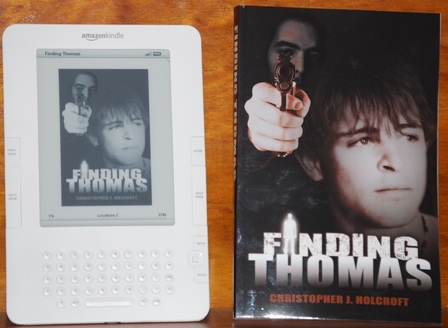 In Finding Thomas Kit Green is your typical teenager - except he 'died' after a home accident and was revived on the operating table.

His near death experience has given him the ability to see and talk with the dead.

Kit's father works for a politician whose political party is posturing to win government at an upcoming election. The dead teenage son  of the politician works with Kit to uncover a plot that could bring the government to its knees and the murder of both boys' fathers.

Finding Thomas explores the effects on some people who leave their bodies and go to 'heaven' before being told to return to Earth to complete their lives.

Finding Thomas is available from Buy Books On The Web as a paperback here . It is also available in paperback and as an ebook from Amazon Australia, Barnes and Noble Australia and other large book stores or as a paperback through Christopher for $20 which includes postage, directly via this 'buy now' button. 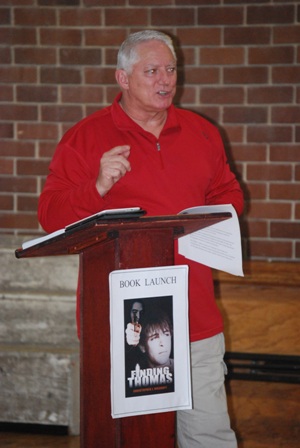 Finding Thomas  was launched in May 2011. 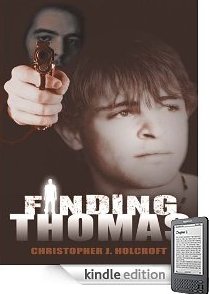 Finding Thomas is also available as an ebook.